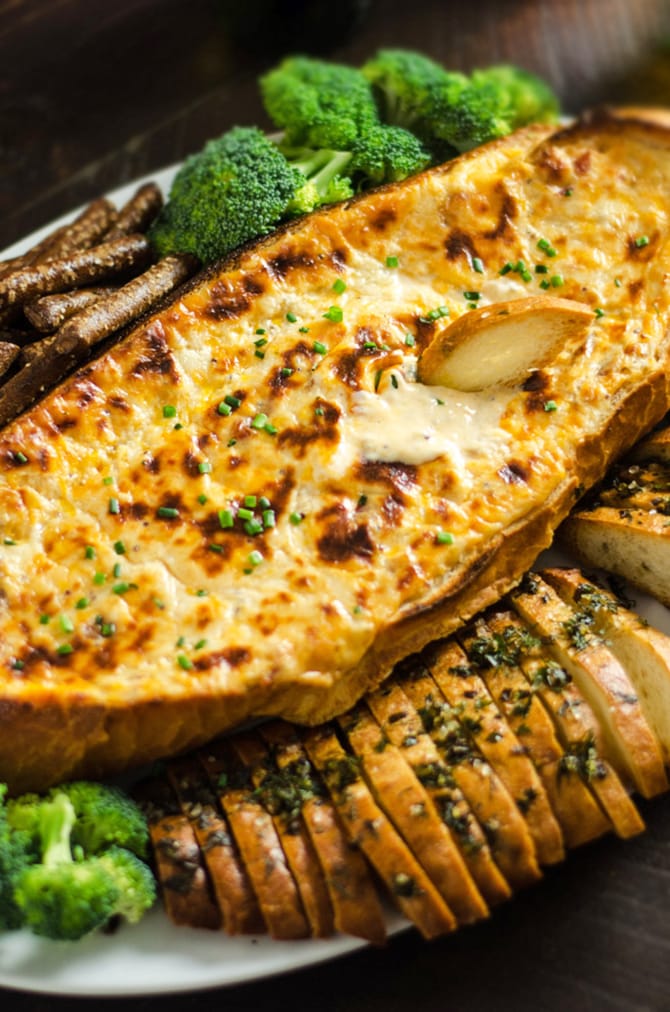 For those of us who are blindly flailing our way through life (yes, I’m including myself here), it’s nice to have a couple of life pro tips in our back pockets. This is especially true when it comes to party planning. After all, one of the worst times to crash and burn is when you have a house full of people to witness it all.

Cringe with me if you’ve been there. 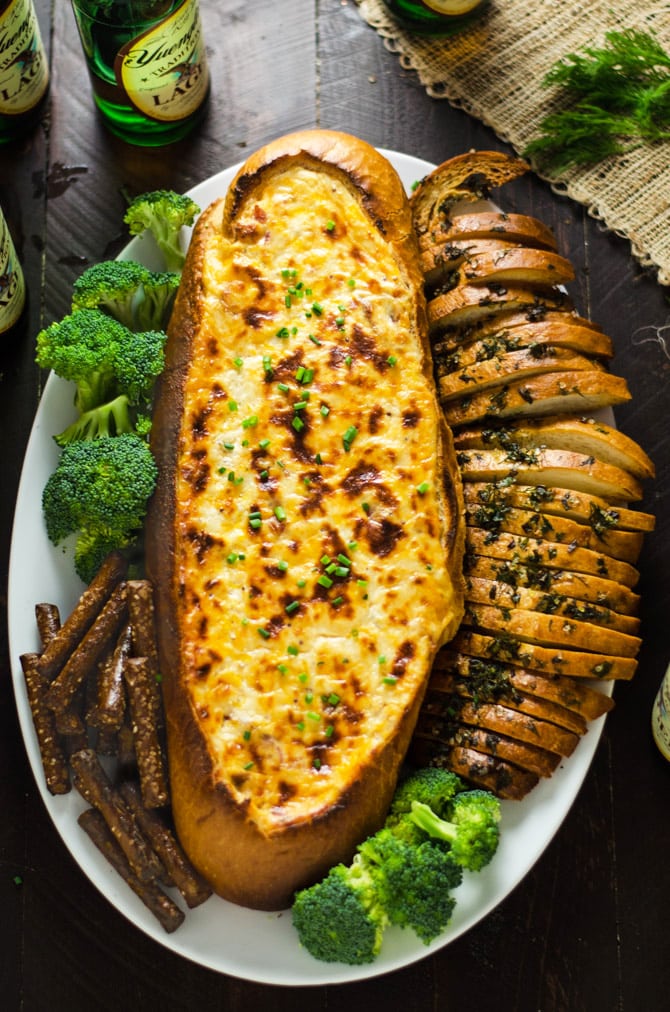 That being said, since the Super Bowl is just around the corner, I’d like to share a few hosting hacks that I’ve picked up over the years.

First things first: starting a week before the party, try to prepare for 20 minutes a day. This could involve cleaning, decorating, or pre-making appetizers. When all’s said and done, that’s over 2 hours of work that you’ll have tackled ahead of time! The day of, you won’t have to stress or rush at all.

While you’re at it, make use of tip number two: move your furniture. Make sure all of the couches and chairs are pushed to the edges of the room. This will prevent people from being cut off from conversation, allow your guests to move around more freely, and create floor space in front of the TV. For watching events like award ceremonies and the big game, it’s a must.

In those cases, you also might want to consider moving a small TV into the kitchen or dining dining room. This way, the people who spend their time huddled around the snack table (AKA me) can also watch the game, while the die-hard fans stick to the big screen in the main area.

Lastly, you want to make sure that the food will be both eaten and enjoyed. If you’re ever questioning what to make, simply look to the trifecta of party-food perfection. This appetizer-ingredient trinity will always– and I do mean always— ensure that a recipe is devoured. What is it, you ask? It’s bacon, beer, and lots of cheese. Include those ingredients in a dish and you will be heralded for years to come as the emperor of entertaining. That’s what they call me.

Okay, it’s not. But just imagine if they did. 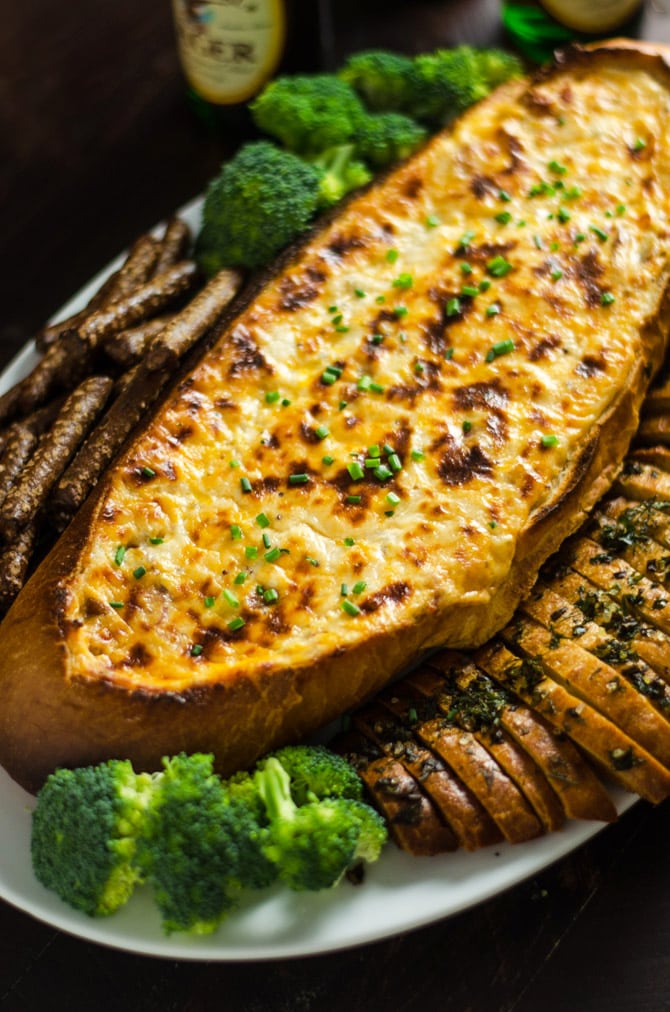 And since we’re on the subject of imagination, can you imagine a better way to use those three shining star snack ingredients than this Bacon Beer Cheese Bread Bowl? If this doesn’t scream “MAKE ME FOR YOUR SUPER BOWL PARTY” to you, then we’re clearly speaking different languages here.

This is one of those never-fail snacks that you can make for get-togethers year-round. The effort to compliment ratio is awesome– that is to say that it’ll take you just a tiny bit of work for an appetizer that your guests are going to gush over. And why wouldn’t they? The Bacon Beer Cheese Bread Bowl is made up of a fondue-like beer cheese with a bubbly, browned layer on top, tucked inside of toasted bread and served with crispy, garlic and herb topped bread slices for dipping. Not to mention, when those bread slices run out, guests can pull apart the bread bowl and eat it, too.

To make this Bacon Beer Cheese Bread Bowl, we clearly need a loaf of bread. I use a large Italian loaf because it’s both the perfect size for fitting all of the filling and it’s easy to find, but feel free to substitute in sourdough or pumpernickel. Really any sturdy, large bread will do. Just cut the top off, hollow out the inside, and you’re good to go. Save the top of the bread for later, though. I’ll get to that in a minute.

Now it might seem like we’re just filling the bread with any old cheese dip mixture, but what’s important about this beer cheese is that it has a good balance of liquid and solid ingredients. This allows it to melt into an even, fondue-like texture without soaking through the bread. To get that perfect consistency, I whisk together beer and cream cheese, fold in shredded cheeses, and mix in a bit of cornstarch slurry as well. The cornstarch slurry ensures that when those cheeses melt and release their oils, the dip won’t separate into a gloppy, curdled mess. 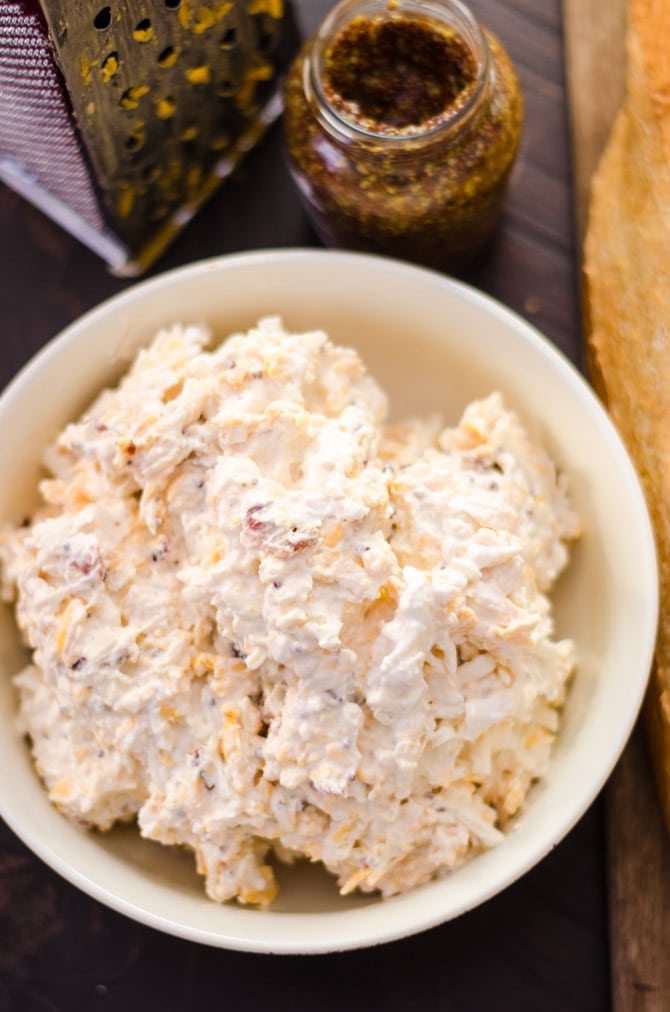 I also stir in whole grain mustard, Worcestershire sauce, and bacon for a little somethin’ extra. We all know that your typical cheese dip is delicious, but a cheese dip with flavor-packed mix-ins is even better, right?

No doubt about it. 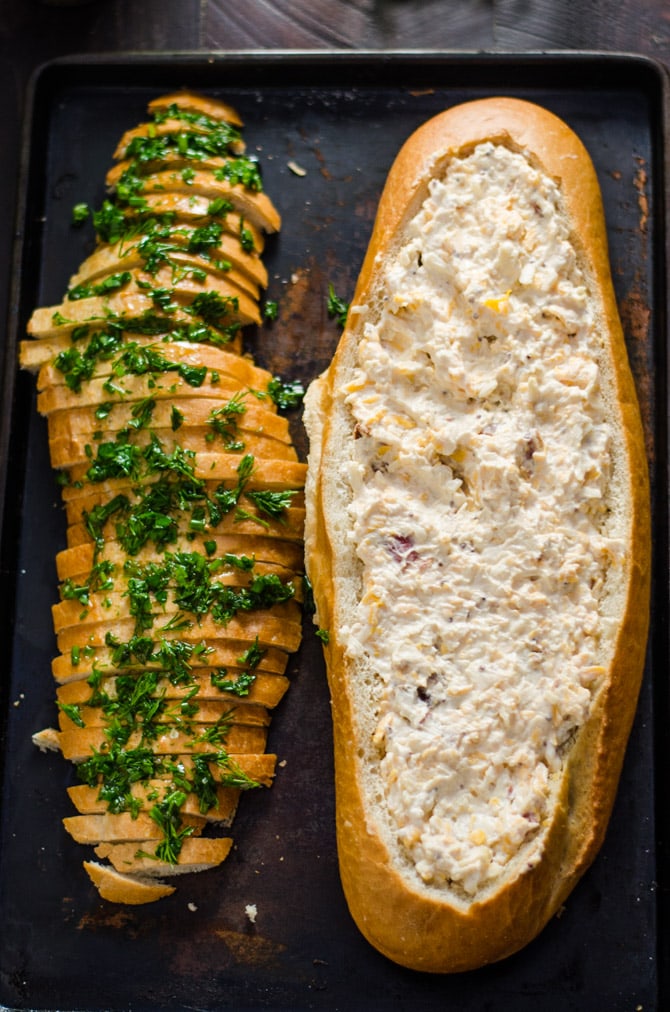 Before baking the Bacon Beer Cheese Bread Bowl, slice up the top of the bread, which you set aside earlier. Brush it with fresh herbs, minced garlic, and olive oil, and place it on the pan along with the dip-stuffed bread. Put the whole thing in the oven and bake it until browned, and then… then…. well, that’s it. Those are all of the steps. Hollow the bread, stir together the dip ingredients, stuff, slice, brush, bake, and enjoy.

Seriously, it’s that simple. But if you still don’t believe me (or you just want to see me in action) check out this video for the whole run-through:

You can also keep up with me on Youtube by pressing the subscribe button on the Host the Toast Youtube Channel page, and follow along while I do my best to figure out this whole videography thing. Hey, slowly but surely, I think I’m getting there.

Or maybe it’s just because, as I said earlier, you can’t go wrong with bacon, beer, and loads of cheese. Probably. Well, at least my hosting hack was right.

Either way, I’m going to be making more videos in the weeks to come, and I’m hoping that you’ll be making this Bacon Beer Cheese Bread Bowl. When you do, don’t forget to take a picture and tag it with #hostthetoast on Instagram.

Get recipes delivered hot & fresh to your inbox!