Pulled pork stuffed peppers might be our new favorite dinner!! 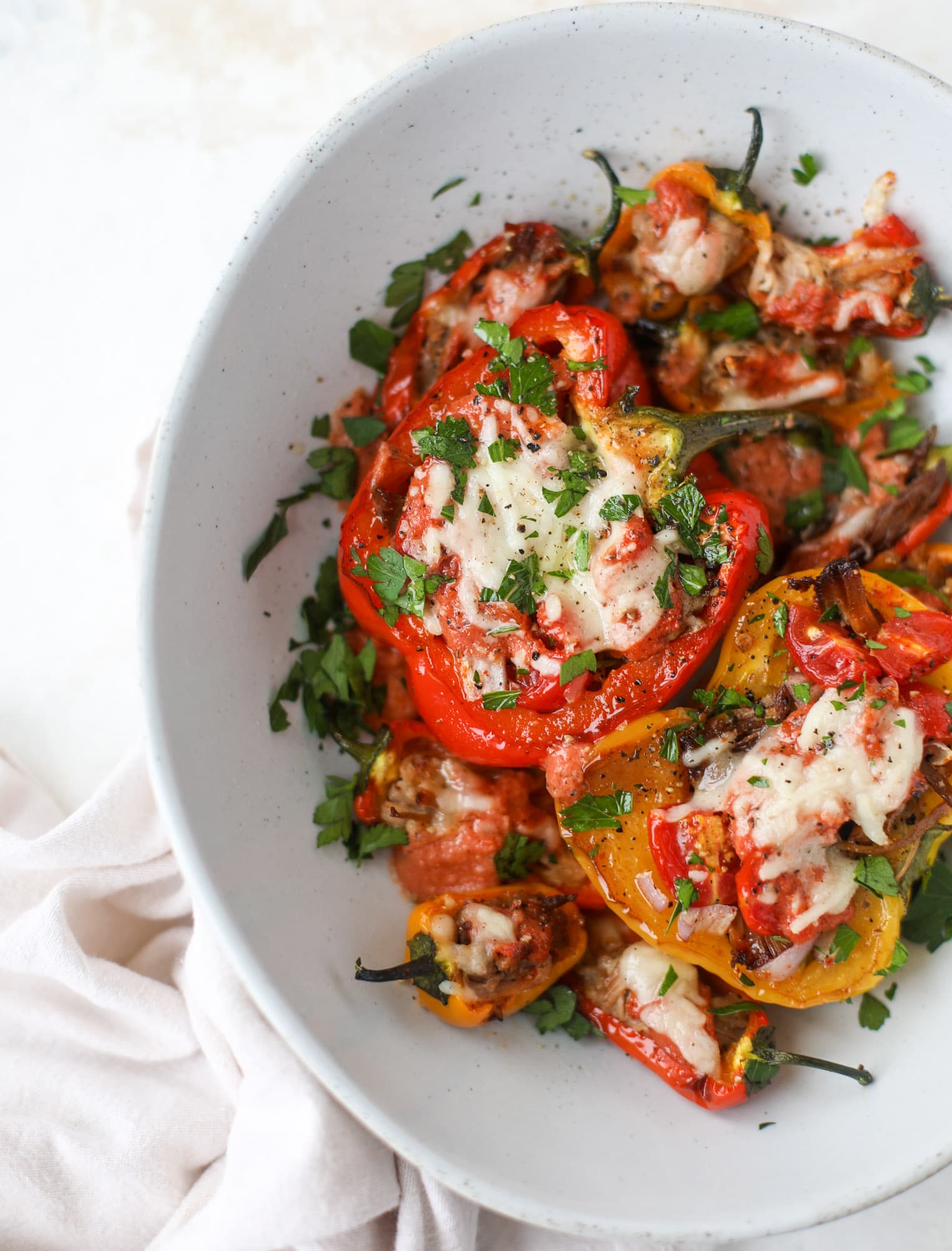 You guys. These are SO flavorful. Super easy, if you have leftover pulled pork. Perfect to make for a crowd or just dinner for a few. Great to prep ahead of time, very customizable, super satisfying and delicious.

What else do we even need?! 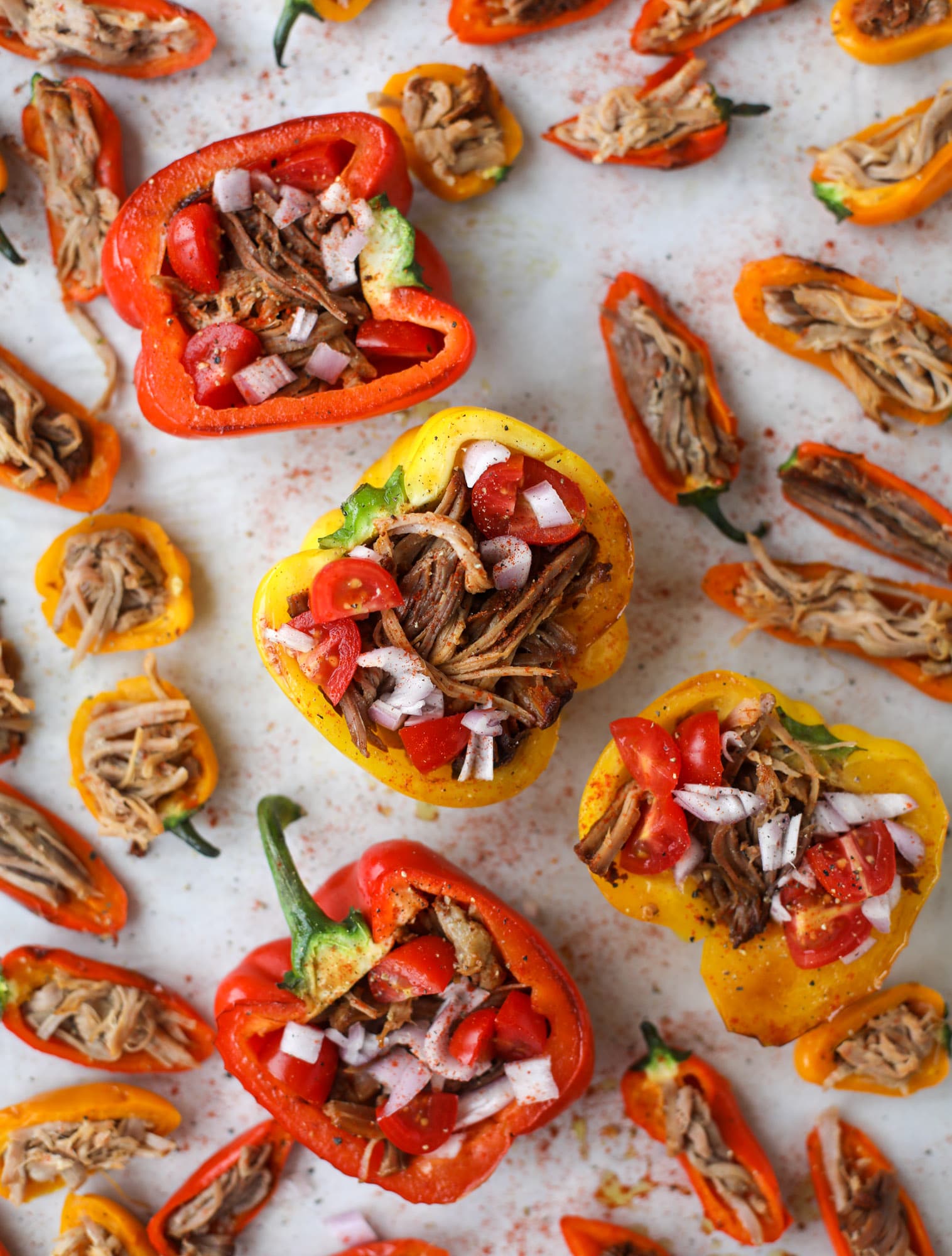 They are definitely going in our dinner rotation. I am not sure why I never thought to stuff peppers with pulled pork before and I’m kicking myself for waiting so long.

Are you someone who believes in the magic and good luck of pulled pork for the new year?

I’m not really a believer… but I’m a huge believer in pork so that counts. It’s my favorite cut of meat by far. Obviously. 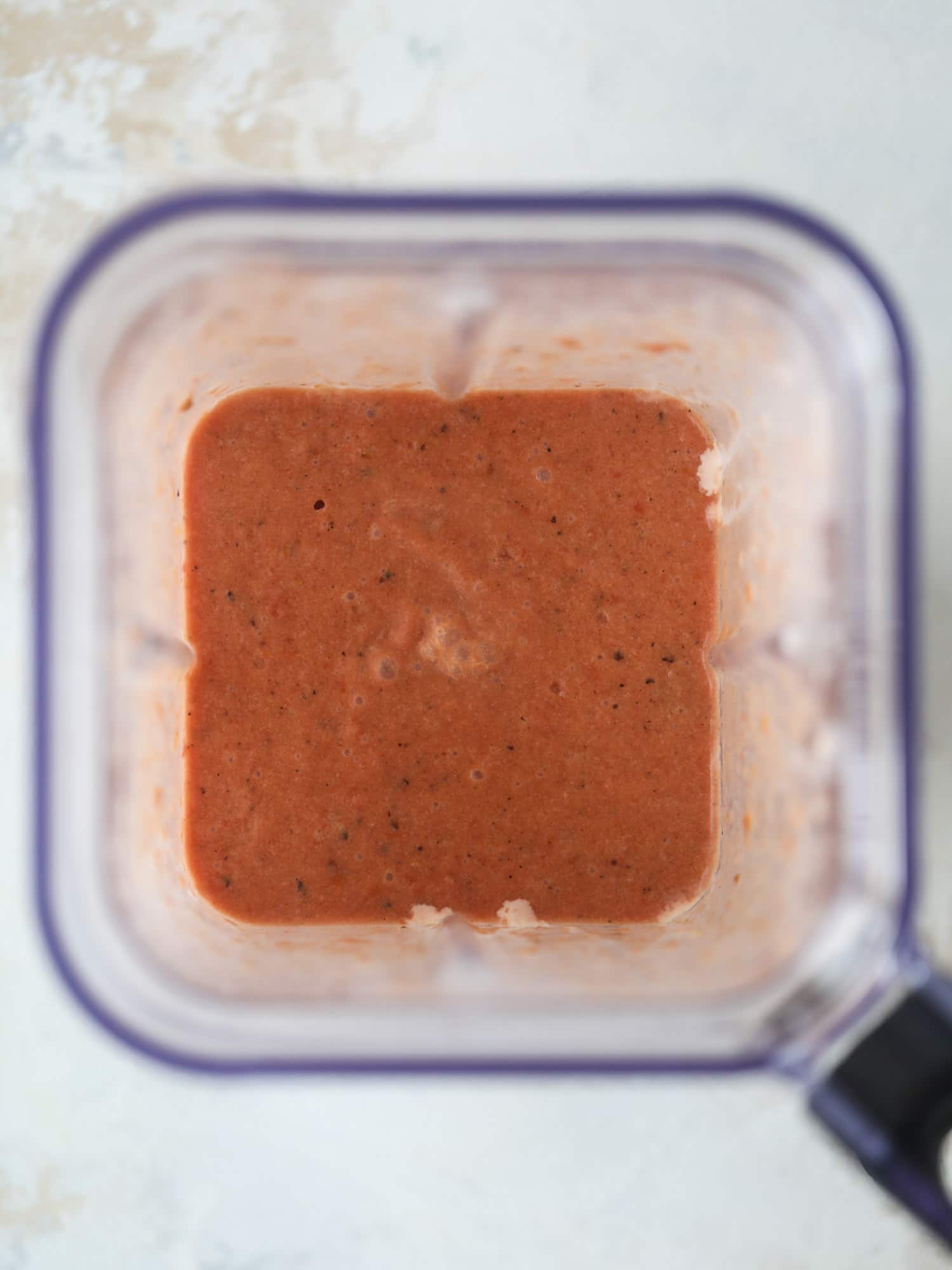 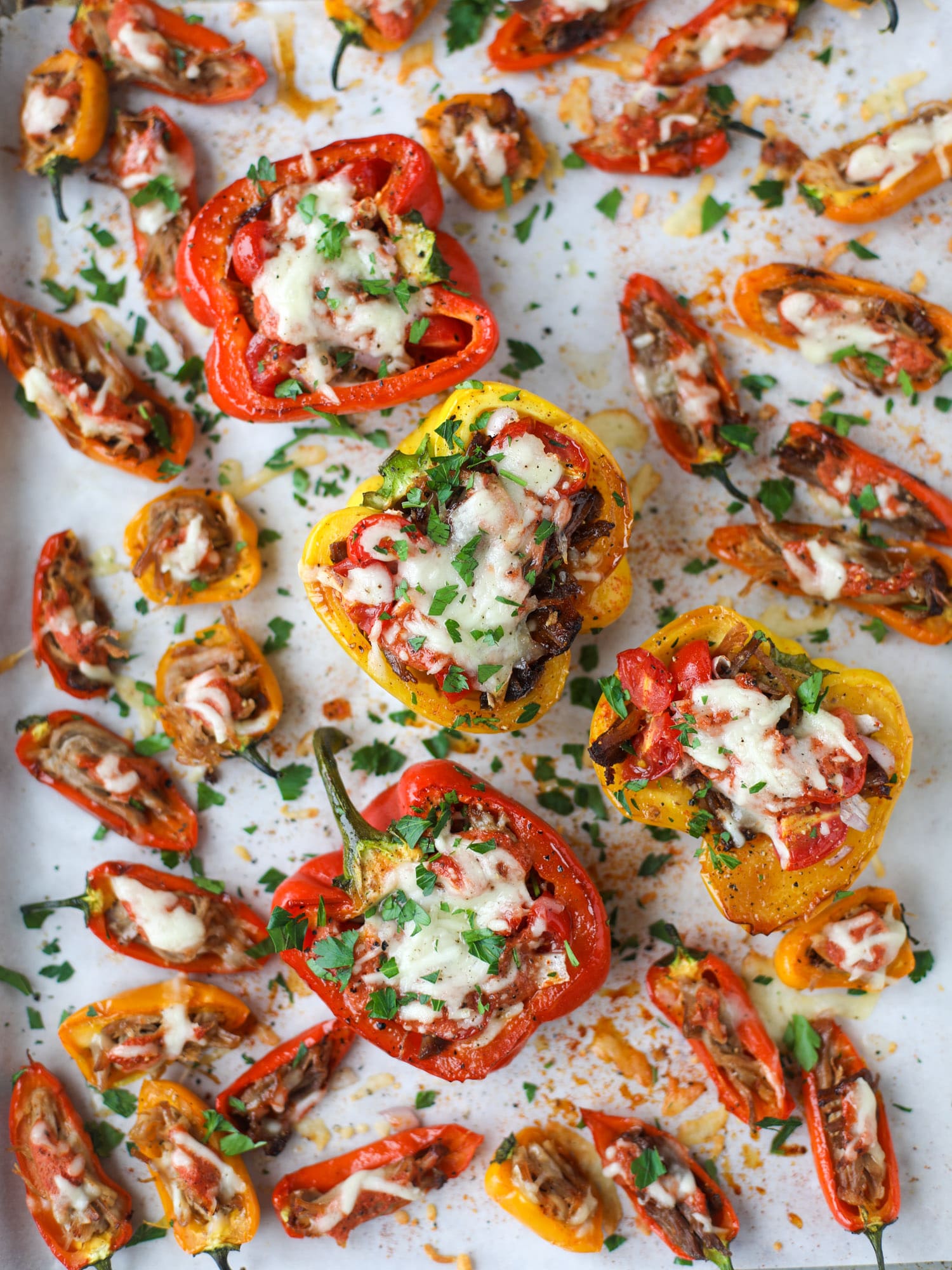 And I wanted some sort of sauce to make these more flavorful – and they were calling for something other than plain pork placed in a sliced pepper. So into the blender went my favorite fire roasted tomatoes and I created a sauce from that. It was freaking fantastic. Not only did I want to eat the sauce with a spoon, it added SO much to the pepper.

If you end up with a bit of leftover sauce, you could also spread it in a baking dish and bake the peppers IN the sauce. Um yes.

How good does that sound!? 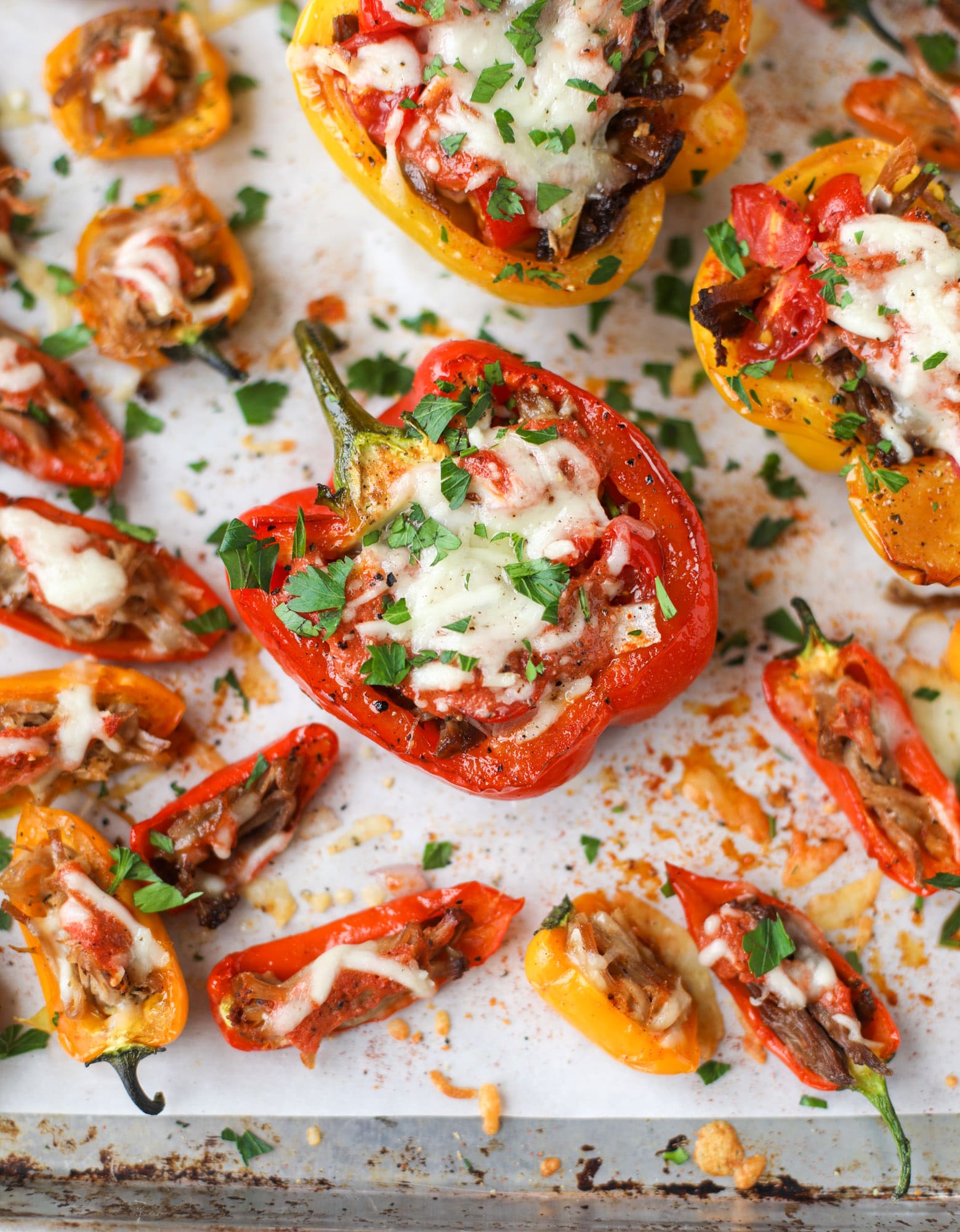 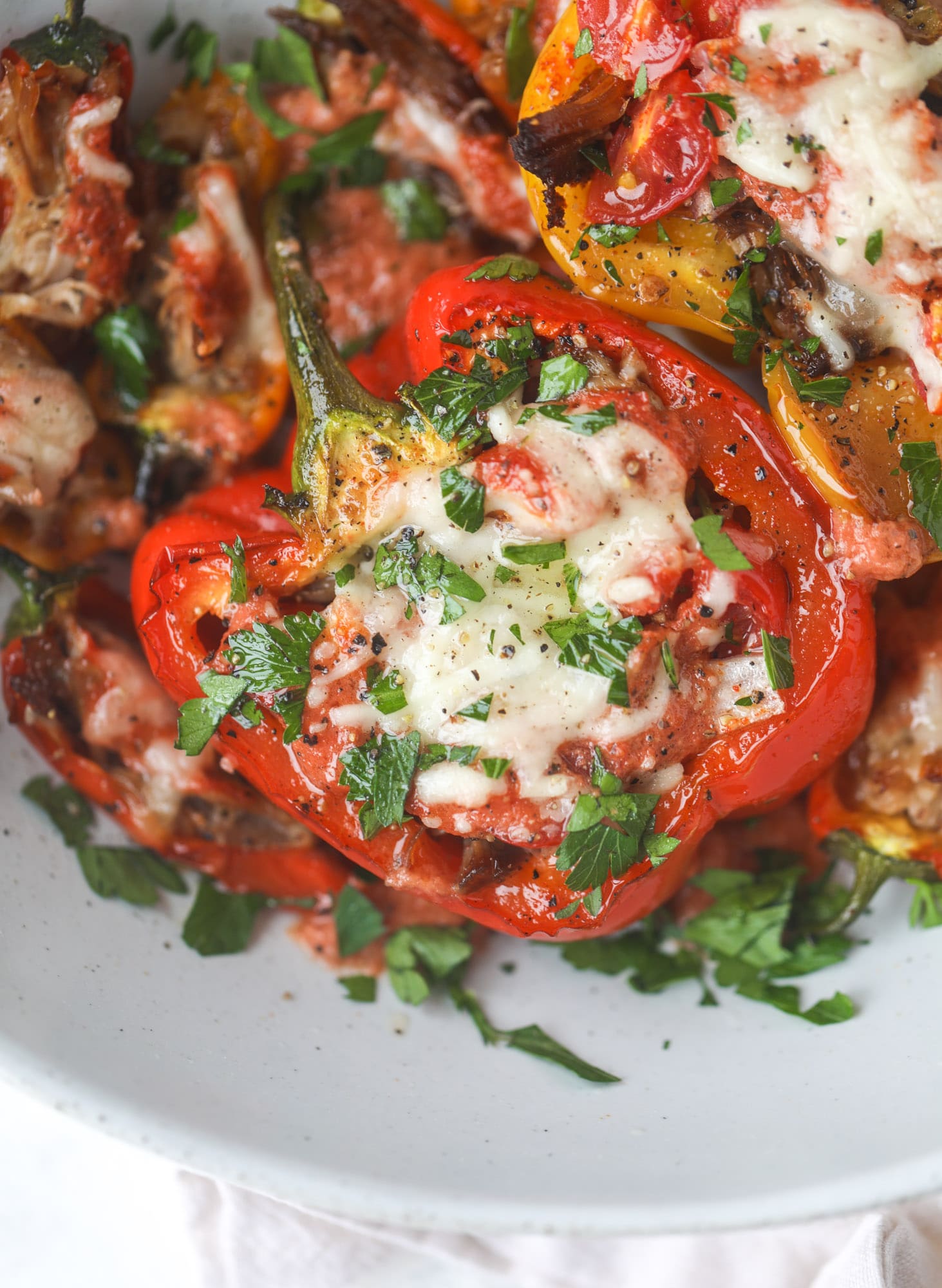 Cutest and most festive too! 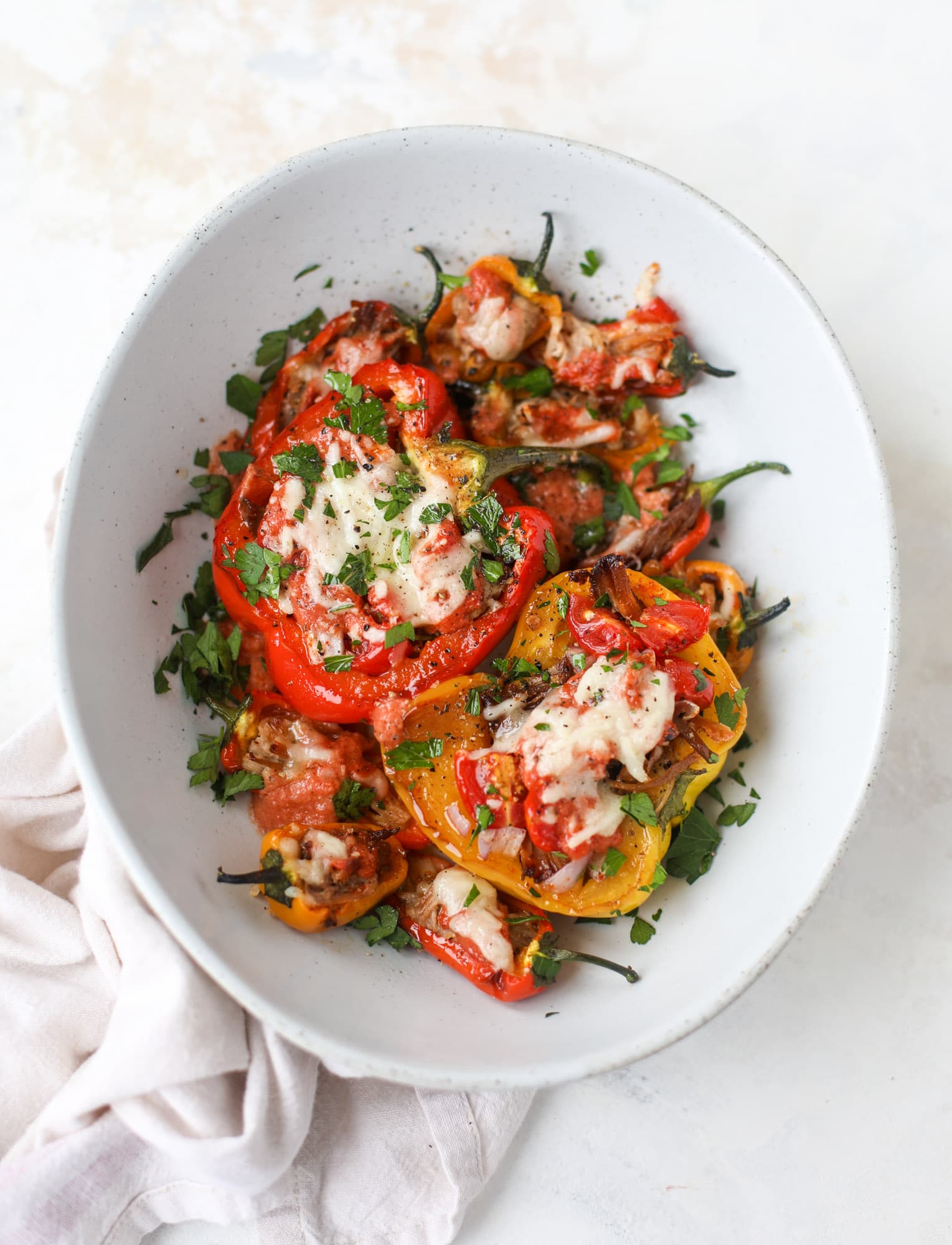 These pulled pork stuffed peppers are a delicious dinner idea for any weeknight! They work great with leftover pulled pork and the filling is totally customizable. They are flavorful, come together quickly and always a crowd pleaser! 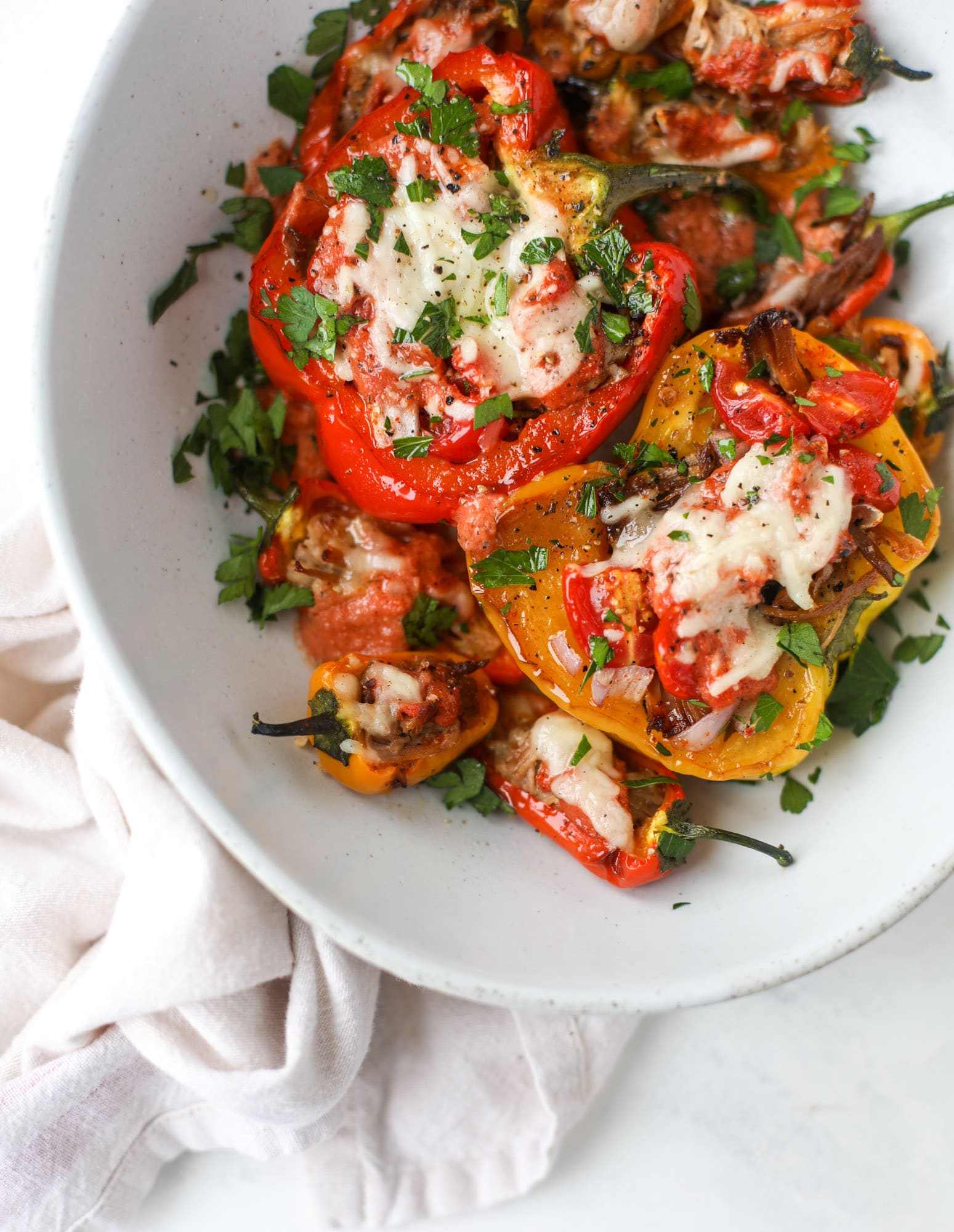 Melty cheese and caramelized peppers are all I want in life right now.