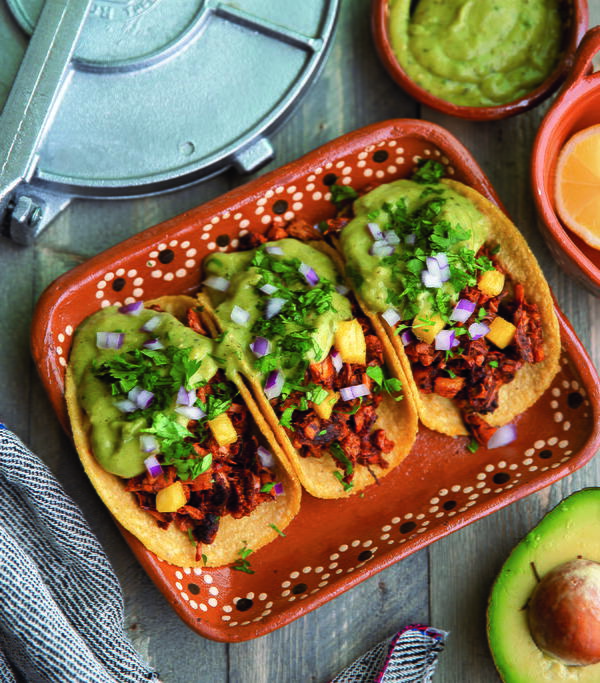 This image courtesy of Zohra Banon

Al pastor is a beloved taco filling eaten throughout Mexico and Los Angeles. Although the origin for this taco flavor comes from Mexico, the style of cooking pork meat on a trompo or long spit is actually a Lebanese style of cooking lamb shawarma. is cooking method evolved in Mexico using ingredients that were readily available like pork, achiote, citrus and other chiles. For this recipe, we won’t need to use a trompo to bring out the deliciously familiar flavors of fragrant al pastor. We’ll be using marinated and seared jackfruit to make tacos just as craveable as you might remember.

Achiote or annatto is an orange-red seed used to season and add color to food.

Young green jackfruit can typically be purchased in cans or preserved in brine in jars at Asian markets or health food stores.

Thank you for signing up!

We were unable to sign you up – please try again.

We are adding your Comments.

We are sorry. There was an error tyring to post your rating and review.

Your comment will appear after our editors have had a chance to review it.