This Baked Dijon Salmon is salmon topped with honey, Dijon mustard, pecans, and breadcrumbs. Make this seafood recipe for an easy weeknight dinner but also great for company. 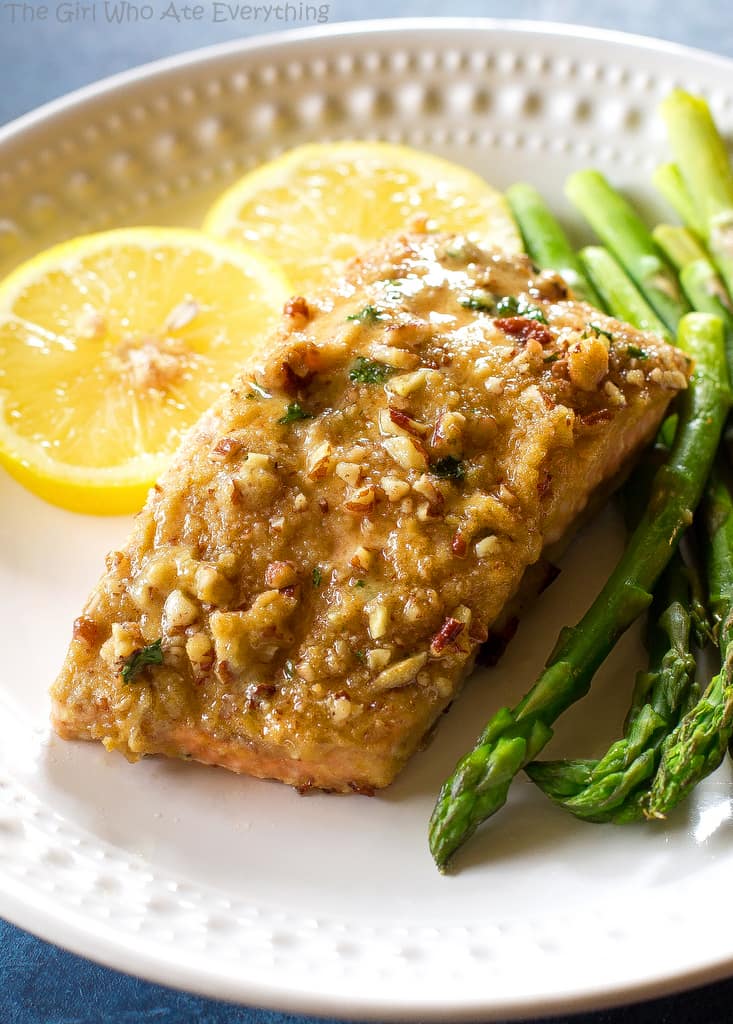 After flying over 13 hours both to and from Hawaii, I decided that I am surprisingly normal and low maintenance.

Spending that long with people you aren’t familiar with causes you to quickly pick up on their odd habits and quirks and there were a lot of them.

My husband and I weren’t sitting next to each other on the way home and although I’m a big girl and can handle being alone, it would have been nice to have him next to me in case I started drooling.

After asking several people if they would mind switching seats without result, we resided to the fact that we weren’t sitting together and worse things could happen.

Keep in mind that it wasn’t like we were asking someone in a window seat to sit in a middle. They were fair trades. Aisle to aisle. Window to window. No go. 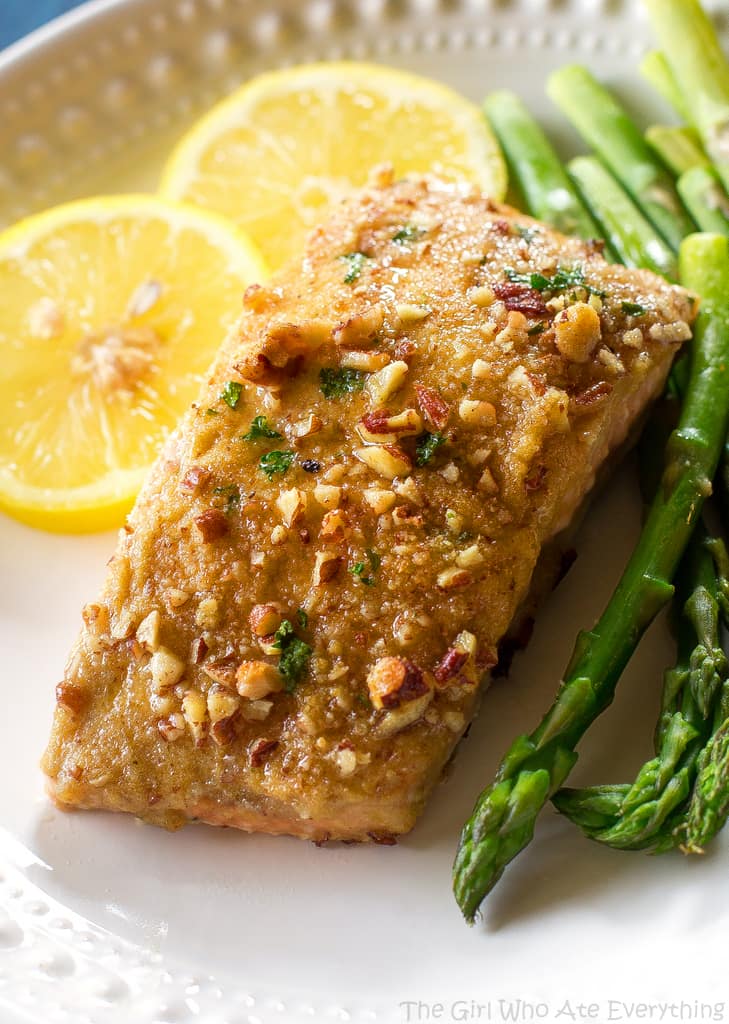 He was fervently wiping down everything around him with antibacterial wipes but at the same time didn’t mind hacking on me every three minutes.

The obviously very germ conscious man blew my mind when in the middle of the flight he went to the bathroom BAREFOOT! 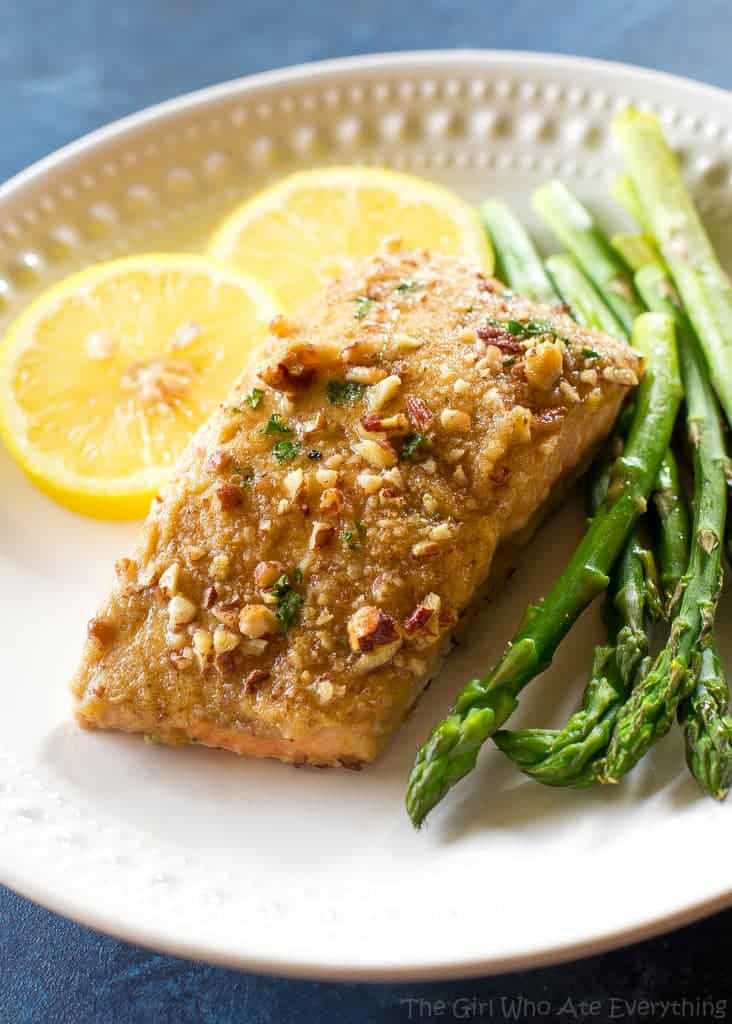 Seriously. Who are these people?

After eating everything in sight in Hawaii, I felt like something on the lighter side was in order.

As you know I love salmon. Like this Rosemary Ranch Salmon, Honey Pecan Salmon, and Chipotle Salmon.

This salmon literally melts in your mouth. For my friends out there that aren’t fish fans, this is super mild. I feel like the salmon fillets from Costco are also really less fishy than most.

And if you’re trying to make it extra healthy, you can totally get away with half the topping. Enjoy! 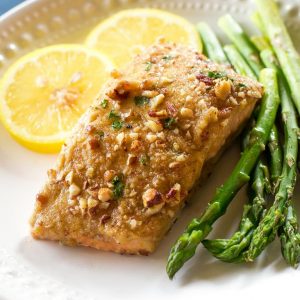 You could easily half the topping. It makes plenty. Source: Allrecipes