This grilled cilantro lime chicken is a summer’s night dream. 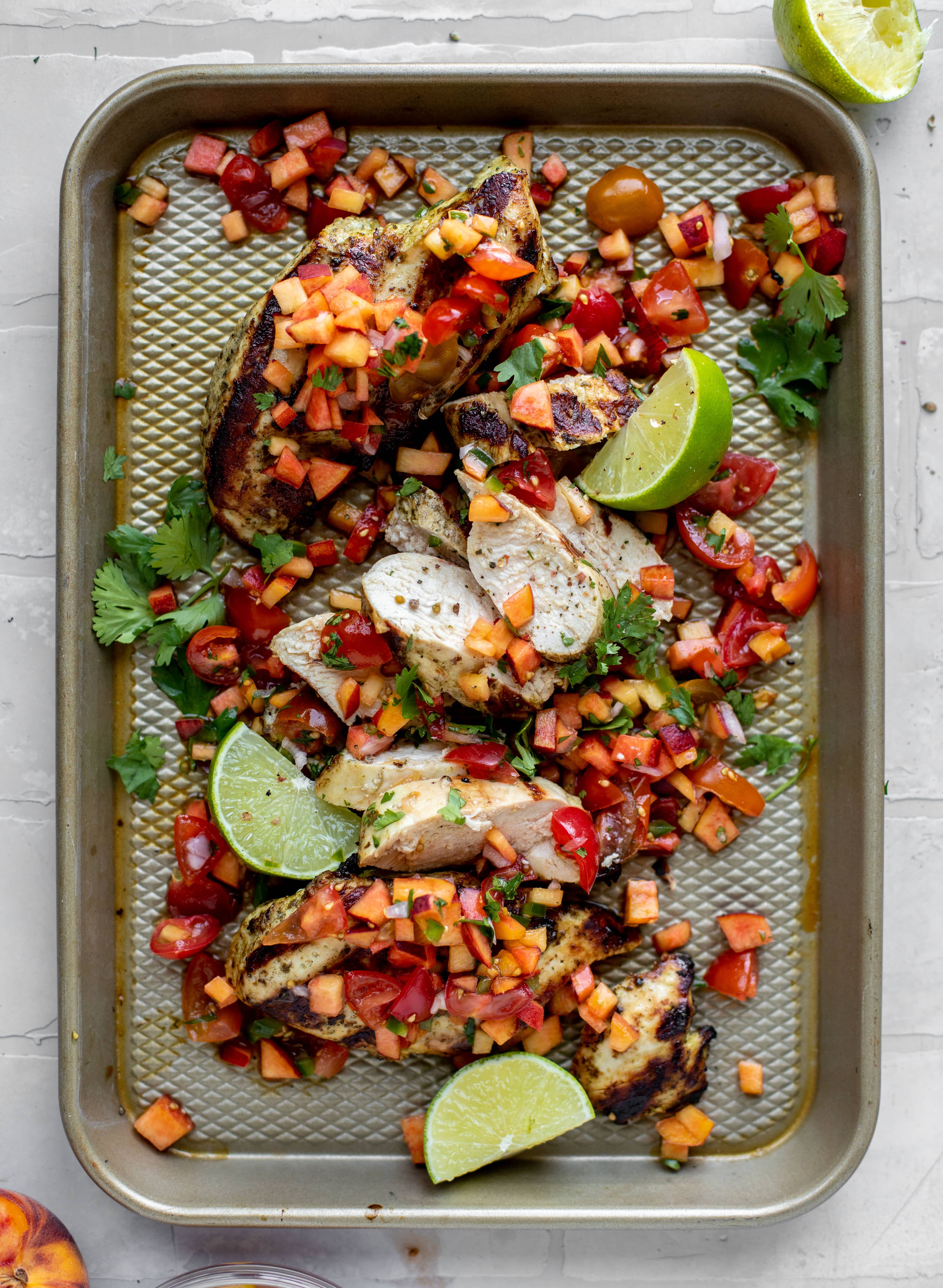 You know I’m all about the non-boring chicken dinners, right?!

Well, this one isn’t fancy but it’s flavorful and perfect for hot summer nights. 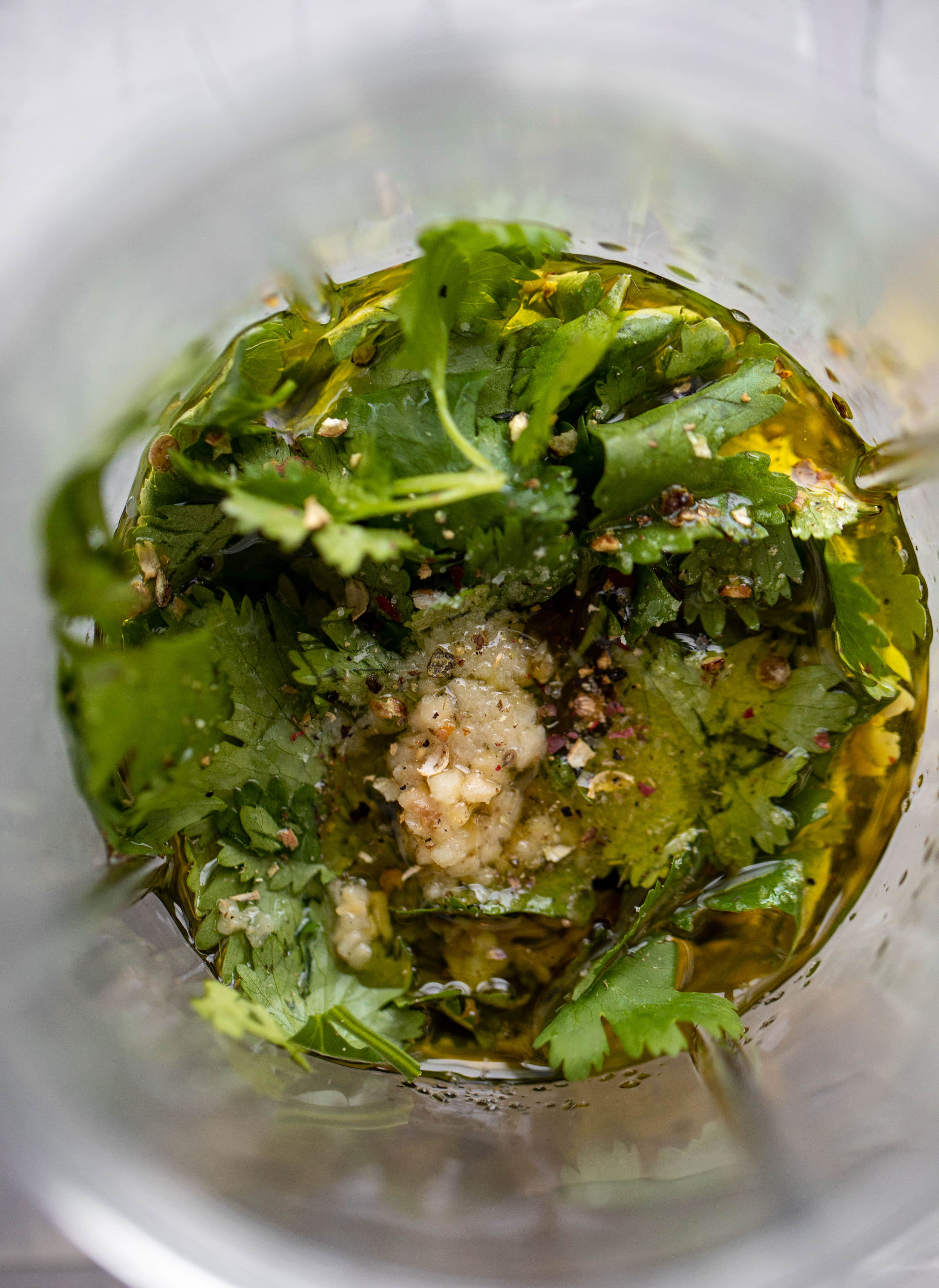 Ever since I made our favorite tortellini salad (ever!), we’ve become hooked on the cilantro lime vinaigrette. It is SO good and even though I really like cilantro, I don’t think it’s very cilantro-y. Like I know people who don’t love cilantro and even they enjoy that dressing in the tortellini salad.

So then, I started using it as a marinade! I have a recipe with steak and cilantro lime marinade coming up in my next book, so I figured… why not throw some chicken in there as well. This is one of my quintessential summer dinners. I mean, honestly, many nights I could just eat corn on the cob and tomatoes with mozzarella and call it a day. The fresh, summery garden produce just calls to me right now like nothing else.

Of course (shocker), it’s not even to sustain Eddie for dinner, so I have to get creative. Many days I just have no desire to turn on the oven. I will make as MANY things on the grill that I can, even if they seem a but outlandish. But it works, I swear. This chicken (you can use breasts or thighs!) is marinated a cilantro lime vinaigrette, grilled to perfection and served with a peach pico de gallo on top. If you have a copy of The Pretty Dish, then you know that how much I love a good peach salsa. The version in my book uses corn, and I make a different version every week. But I can say with certainty that it is something I make every.single.week in the summer. Friends just die over it. It’s fresh, sweet, spicy – so good with chips.

This one is pretty darn simple – it’s essentially a pico de gallo with diced peaches thrown in. I CRAVE this. It’s sweet and spicy and crunchy and limey. The sweetness that the peaches add? Phenomenal. And I never even knew I wanted something sweet in my pico! It looks like a bit of a boring dinner but if you’re someone who loves a quick summer dish that can be made mostly on the grill, here you go! I like to throw a few ears of corn on the grill along with the chicken to complete the meal. You can eat it as is, chop it all up and throw it on a salad, mix it in a rice bowl – anything!

And I mean, it definitely leaves room for ice cream after. This grilled cilantro lime chicken is juicy and flavorful and topped with a spicy, sweet peach pico de gallo! Perfect for summer nights. Could eat that pico with a spoon.